Time to grab a life jacket.

When the Natural Environment Research Council called upon Britain to name its new polar research ship earlier this year, the country answered — Boaty McBoatface was deemed the most worthy of names.

Fast-forward a couple of months and construction on the £200 million ship has begun, but with one major drawback: its name being RRS Sir David Attenborough.

Despite garnering over 124,000 votes, the public’s decision on ‘Boaty McBoatface’ was ultimately rebuffed on grounds that officials were reluctant to give such an important vessel an ‘unusual designation’.

People expressed their discontent (including Boaty McBoatface himself):

Alas, there’s still hope. Accompanying RRS Sir David Attenborough is a high-tech yellow submarine (whose name, this time, is actually Boaty McBoatface) which will prepare to go where no remotely operated undersea drone has ever gone before.

When #AddaMovieRuinAMovie started to trend on Wednesday, it appeared, at first, to be just another one of those absurd hashtags.

Sounds like a chick flick thriller that would break box office records.

And an action-comedy franchise we’d collect all the DVDs for.

Also on Wednesday was #InternationalGinandTonicDay. We’ll take any excuse to drink more gin, but this was truly a good one.

And, as if speaking on behalf of an entire nation, one Twitter user expressed an abiding love:

Apparently it's #InternationalGinAndTonicDay.
Or Wednesday, as I usually just call it. pic.twitter.com/rpaQoLL18t

Amanda, we’re on your wavelength.

Greggs Is All You *Knead*

A trial of ‘Greggs Delivered’ has rolled out in the bakery chain’s home city of Newcastle, much to many a Geordie’s delight.

Shaking with excitement at the fact Greggs will start doing delivery. #illTakeAllTheSausageBeanAndCheeseMelts #GreggsDelivered

Pasty enthusiast Ian Robinson even went as far as to say:

and all the deaths and horror of 2016 is forgotten as it is hailed the greatest year in human history https://t.co/NjFDV9y0t3

After this trial period, Greggs hope to make ‘Greggs Delivered’ a nationwide service.

Even at your best attempt, dodging a rich kid on Instagram (or any social media platform, for that matter) is a near-impossible feat.

Whether it’s a chromed-out Lamborghini Gallardo or Ciroc bottle service, they’ve lived it, and you’ve….well, you definitely haven’t.

As if there wasn’t enough avenues to show off on already, new app ‘Rich Kids’ boasts itself as social networking site where youngsters can flaunt their fortune to their hearts content. 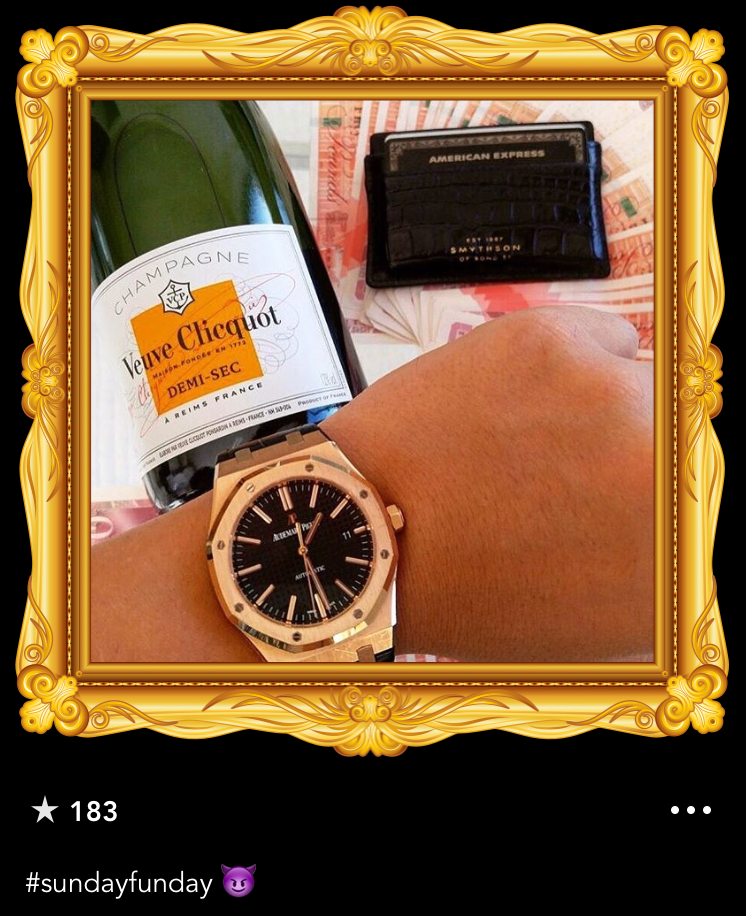 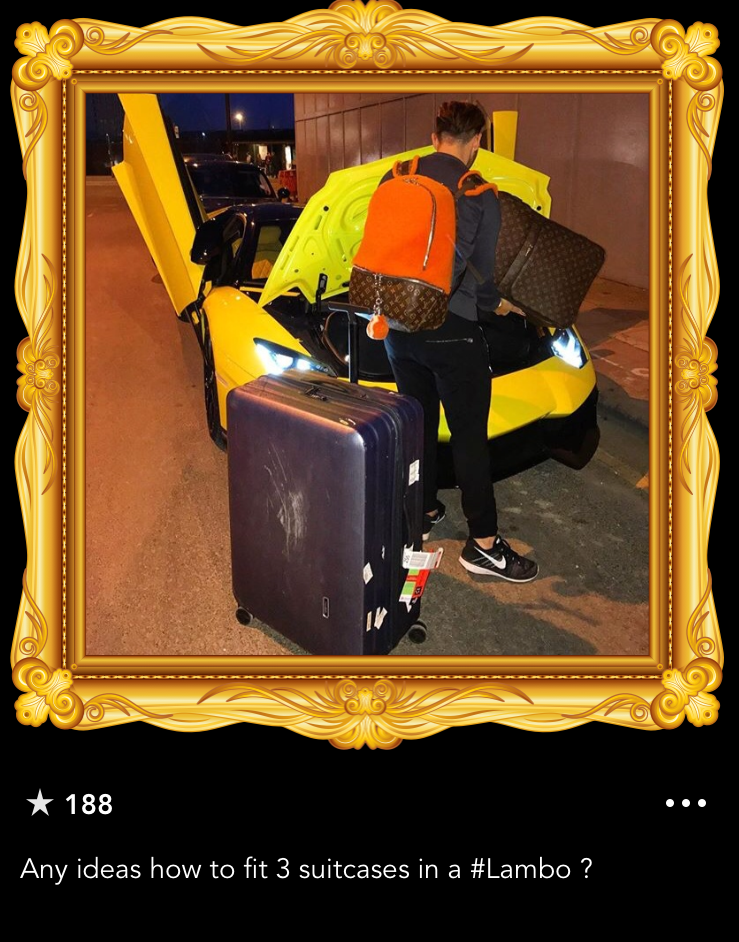 We don’t know what’s more painful, the captions or the gold frames.

How to Save a Life

No, not the terrible Fray song.

British Heart Foundation’s #RestartAHeart campaign, aimed at raising awareness of CPR and how it can be used to save a life, made an extremely clever use of Twitter’s autoreply function.

You're on Twitter 📱
Your ❤️ stops
You go into cardiac arrest

❤️ this Tweet to see what happens next. #RestartAHeart

After liking the tweet, users automatically received a video explaining the thousands of deaths each year due to a lack of education and training in CPR.

As Hong Kong anticipates the arrival of Super Typhoon Haima, one man has inspired us all with his courage in the face of adversity. Or oblivion, rather. 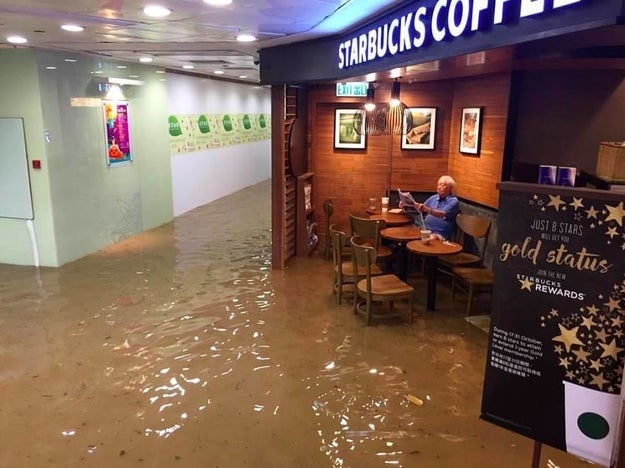 Snapped in a very empty, very flooded shopping mall, the man, dubbed “Starbucks Uncle”, is seen enjoying his cup of coffee, seemingly unaware of the natural disaster literally cascading before him.

Starbucks Uncle’s moment of badassery stirred on a torrent memes, the best being: 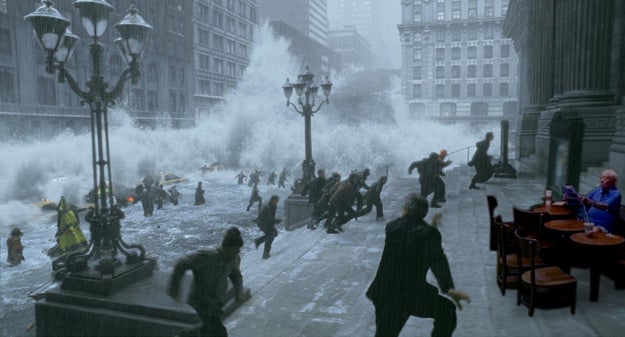 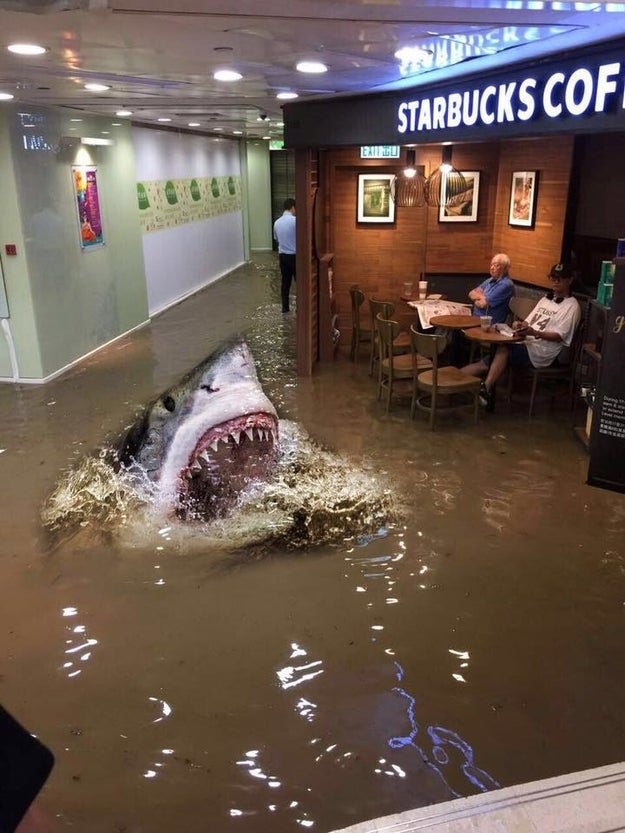 Starbucks Uncle — he doesn’t give a flying fish.