Get in the Loop

Though video hosting service Vine is officially closing up shop, the future of social media looks ever bright — Instagram rolls out live video and disappearing photos, YouTube gives Facebook a run for its money with in-app messaging and a new social media site dubbed ‘Facebook for kids’ has surfaced.

Twitter recently made the decision to axe its ill-fated short-video platform Vine, but, alas, all is not lost.

A move directly inspired by the late app, Twitter has begun looping all videos that have duration shorter than 6.5 seconds.

Just the one (and only) reason to be thankful for #TubeStrike – we get to read this from @MariaHocking 🙌 #win pic.twitter.com/my6aAr8Eds

(Are you dizzy yet?)

Taking over Vine’s place as a social network hub for short videos, Twitter made sure to pay homage to it’s predecessor’s legacy: comedic timing, punch lines and surprise endings created by the magic that is looping.

If you follow any minor or major celebrities on the ‘gram, you’ve probably already noticed the brand new feature: 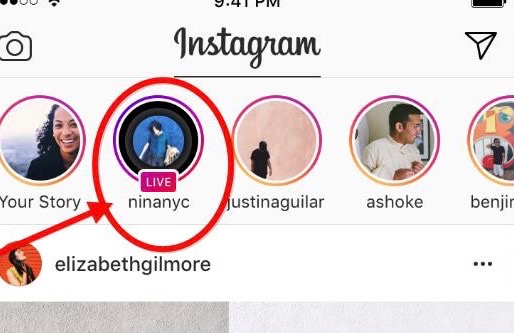 Following in Facebook’s footsteps, Instagram now allows all its users to broadcast up to an hour of real-time footage, anytime, anywhere.

Front row at an Adele concert (that no one else could get tickets to because the website crashed)? Trying the mythical ‘Cronut’ for the first time? Let your friends know about it with a simple swipe of the ‘Live’ mode button.

And, if you’re worried about Internet trolls raining on your parade, worry no more — users can hide their live streams by individually selecting the people they want to keep away from their video. In addition, Instagram Live video’s vanish straight after broadcast, which means no waking up to drunken rants forever immortalised on the internet….*phew*

You Saw it Here First

A little birdy (TechCrunch…) told us YouTube is welcoming some new changes in the new year.

The video-sharing platform is currently testing an in-app messaging feature that will let users share clips, links and texts without EVER having to leave the app. Where can we sign up?

A move likely aimed at encouraging creators and their audiences to interact more on YouTube itself, rather than sharing and discussing links on other social media platforms, the Google-owned website appears to be taking back control over its content.

The Internet can be a scary place, but it doesn’t have to be. Especially with new app, Go Bubble.

In a world dominated by social media, and platforms like Facebook prohibiting children under 13 from signing up, e-safety guru Henry Platten spotted a niche in the market — dubbed ‘Facebook for seven-year-olds’, Go Bubble aims to provide a safe social media experience for children wanting to surf the World Wide Web. Think everything you can get on Facebook, minus the dubious friend requests (and some).

Platten hopes Go Bubble can be the go-to site for kids to chat and share pictures and videos with school friends.