Get your game face on

It’s often about playing the game right when it comes to being successful on social media, and in this week’s Social Snippets, it looks as though it’s all about quality, not quantity. Just ask Keith Coleman and Selena Gomez…

Facebook has launched a new, although somewhat familiar, gaming feature. ‘Instant Games’ will show playable HTML5 games directly through the Facebook News Feed and in Facebook Messenger. There are already 17 games live, and whilst Words With Friends instantly springs to mind, popular classics such as Pacman and Space Invaders are also included.

Developers at Facebook have said that “this new games experience allows people to easily discover, share, and play games without having to install new apps”. Not much more information has been revealed by Facebook just yet, but there is no doubt it will prove to be yet another advertising opportunity on the social platform. We can sense the competition growing fierce already.

Well, apparently not. Twitter have recently hired a new VP of Product, and has given the role to one Mr Keith Coleman. He’s a start-up founder who has previously worked for Google, and interestingly, has only tweeted 147 times in the past nine years. Out of which, 43 have only been in the last month, and are mostly retweets.

Twitter’s Lead Product position has notoriously been a hard one to fill long-term, and its last vacancy had been advertised since June of this year. Hopefully Coleman’s somewhat novel approach will help improve the platform’s development. We hope.

Spectacles for the shortsighted 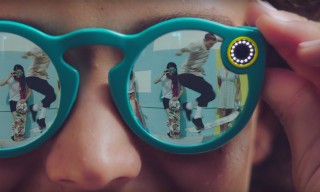 We’ve seen the Snap Spectacles popping up all across the U.S over the past few weeks, and now there is some more news. If you already wear glasses then you’ll know the difficulties faced when it comes to sunglasses or even 3D glasses in cinemas. It’s uncomfortable (not to mention a bit off looking) to wear two pairs, but equally blurry wearing non-prescription lenses.

Fortunately, US-based Rochester Optical – who have previously worked with Google Glass, have offered Snap a solution – prescription lenses for the Spectacles. Coming in at an additional cost (reports suggest $99/£78) people who have purchased Snap’s eyewear will be able to ship them off to Rochester, who will be able to adapt them to their specific eyesight needs. 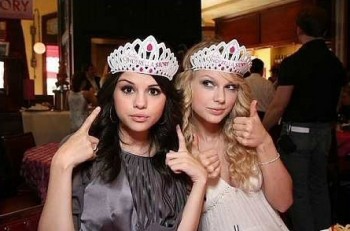 Selena Gomez has come out on top of Instagram in 2016, even though she had a 14 week break from social media. In fact, the top 5 most liked pictures this year were all hers. The most popular photo has over 5.9 million likes – and it’s an advert for Coca Cola. With an impressive 103 million followers, she was also the first person to go over the 100 million mark with a little help from her followers. During her digital hiatus as they used the hashtag #GetSelenaTo100M. We bow down to you, Selena.