The social conversation around GoT has always been colossal, and the hype is certainly not set to die soon since it has now broken the record for the highest number of Emmy Awards won by any drama series.  The HBO fantasy has slayed at the award ceremony, bringing its total win of awards to a whopping 38. Who would have thought that a show rife with gruesome violence and a never-ending list of characters and plots would have become the cultural phenomenon that it is today? Oh, just us then…

1. Watching television is no longer a solo experience.

Up until now television watching has always been an activity for me, myself and I. Cue social media and suddenly it’s become an experience that you must share with millions of people online across the globe. Watching a show as it airs is no longer the prime event, frantically trying to think of a clever meme that you can tweet to the rest of the world is. You can see our favourite pick here.

However this also means to stop hearing about the endless Game of Throne spoilers you may have to stay off the internet, avoid social media and potentially even go as far as turning off your phone altogether. The only solution? Cancel all your plans and just watch it live. Being a Game of Thrones fan can be such a burden sometimes. 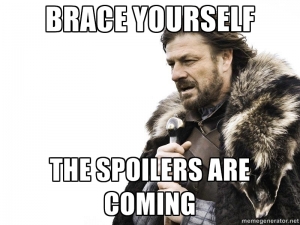 Nobody wants to be left behind when it comes to watching a highly anticipated show. This became an issue for HBO who were producing entertainment for a predominantly American audience. In their case, this sparked an online petition in the UK to air Game of Thrones at the same scheduled time as the USA. The petition was so successful it led to HBO’s drastic decision to debut each of the Game of Thrones episodes simultaneously around the globe. As such, it appears millennial social media users have the power to snub traditional television schedules in favour of viewing content immediately. When do we want it? NOW.

3. Audiences need to be constantly entertained.

It is not enough to air a television series without any further engagement. This is very true in the case of Game of Thrones, which has a successful marketing calendar filled with content all year round to keep spirited fans engaged between seasons. This ranges from exclusive behind the scenes access, trailer teasers and competitions. Our favourite, was their recent collaboration with Spotify which made fans go nuts when they linked a person’s music listening history to a character from the show that matched their tastes. All of these meaningful tactics have worked to drive the show by keeping fans anxiously anticipating the next season. 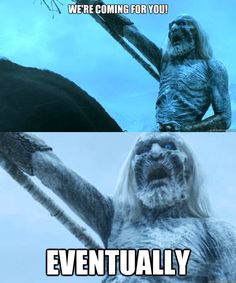 Therefore, it is clear social media is changing the business of television, and that the key to Game of Thrones’ success lies behind its embracement of it. Its reach and impact extends far beyond our television screens, and as such has become a cultural hit that resonates with us all.

About the Author: Nisha Patel