In a shock result, Donald Trump has been elected to become the 45th President of the United States. Not everyone was expecting it – least of all the pollsters – but as the world looks at America in bewilderment, we’ve decided to turn to Twitter to see just how this result came about.

It has become widely known that this year’s presidential campaign was dubbed ‘The Twitter Election’. Through both official and unofficial accounts, the whole affair has been played out on the social platform and dramatically changed political discourse.

For the first time in history, the presidential debates were live-streamed through Twitter. It was a strong attempt to get people, particularly Millennials, involved in politics. And to an extent it worked. Over 80 million watched the first debate alone, the highest number ever. Out came countless memes and politically fuelled messages. It gave many people an outlet to express their views, but also opened up some very heated arguments from the public, celebrities and politicians alike. 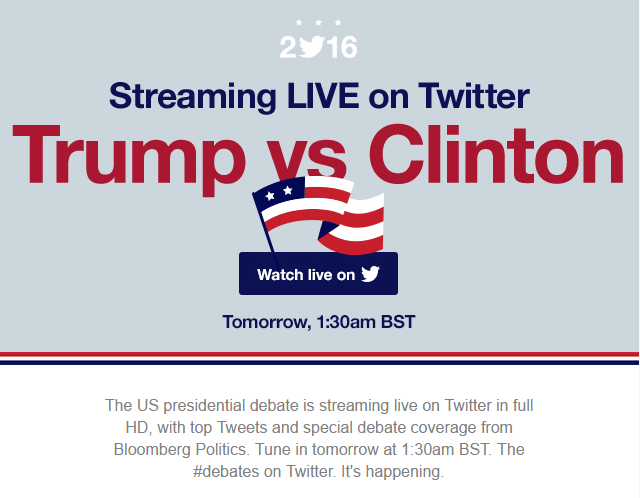 Prior to this election, politicians tended to err on the side of caution when it came to social media. But this time around, candidates went head to head on it. We came to know the two main candidates intimately as they took different approaches not only on their policies, but also on their Twitter accounts. The statistics from which are interesting to look at, particularly now we know the result.

Hillary Clinton has 10.6m followers and had tweeted less than 10,000 times, whereas Donald Trump has tweeted to his 13.7m followers over 34,000 times (that is, until, his team reportedly took away his access to his account for the days leading up to the election).

Trump’s career has ranged from owning the rights to Miss Universe to hosting The Apprentice, just not politics. His tweets during the election have been unpredictable, controversial and regularly uncensored. However, he frequently engaged with his audience, and tended to use highly emotive language – whether it be in a positive or negative manner. He also used a number of hashtags including #votetrump and #AmericaFirst.

Hillary Clinton is a recognised politician, who has been First Lady, State Senator and Secretary of State in her career so far. She’s been tweeting for the last three years in a comparatively controlled manner, with many strategically scheduled tweets. However, she has not adopted hashtags in the same way. The main one used by her supporters – #imwithHER – was not even curated by her campaign team, although it is worth noting that it has been used an average of 1.4 times every second.

Donald Trump’s tweets caused outrage, and even Hillary Clinton suggested he delete his account at one stage. Barack Obama also made the amusing yet very concerning point that “if somebody can’t handle a Twitter account, they can’t handle nuclear codes”. Too right.

Yet, despite all this, Donald Trump tweets somehow managed to get through to his supporters. His posts have been liked over 16.3 million times collectively (compared to Hillary Clinton who has 13.1 million). Some of these likes can be attributed to those finding the tweets entertaining without supporting him due their ‘shock-factor’, but on reflection, they look like they could have actually been a bigger indicator of how the results were going to pan out than we thought from the polls.

If this is the influence Twitter has on the elections in 2016, what will it be like come 2020? With notorious rapper-cum-tweeter Kanye as a potential candidate, I’m not sure that we want to find out.