We’ve got some good news. No, teleport technology doesn’t quite exist yet (*sad face*), but Instagram’s latest feature could be the next best thing….

From the photo-sharing site’s nifty in-app button to Facebook Messenger’s makeover, read on for the crème de la crème of updates from the tech world.

Our instant gratification culture often makes it tough to resist temptation. Like this juicy burger:

Or this work-of-art mani: 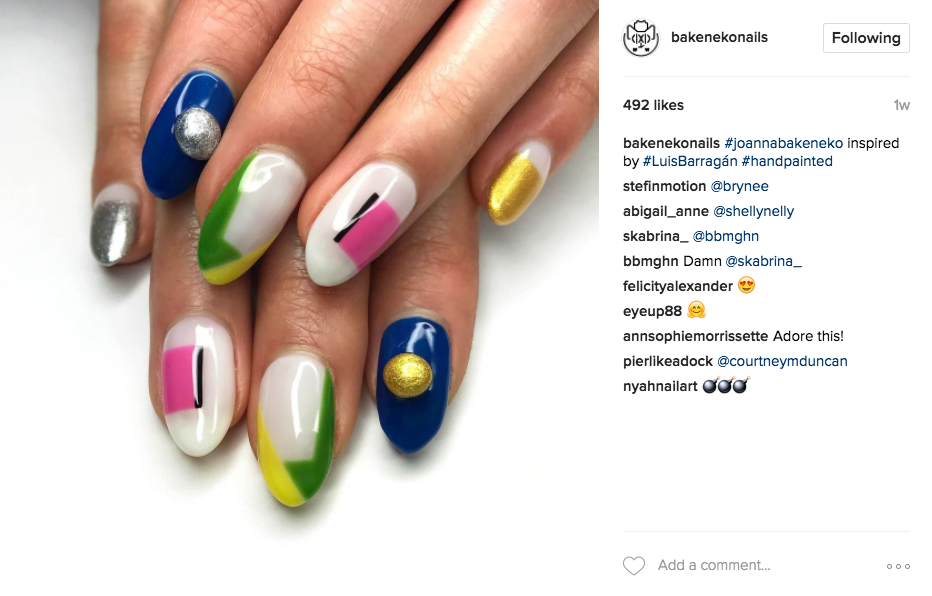 You want it, and you want it now.

Well, with Instagram’s new update, you just might get it. The social media giant will soon be rolling out a feature where you can book a restaurant reservation, a hair/nail appointment and much, much more via a company’s Instagram profile. While many websites cater for online booking, this in-app button is an ingenious idea for busy folk who don’t want to open up multiple browsers – because let’s face it….

Business wise, the upcoming feature has unquestionable benefits. Expected to launch in the next few months, companies will soon be able to track tangible conversion rates and measure the success of their online promotion in a more profitable way. “When someone books an appointment, that’s not a ‘like’ or a ‘follow,’ that’s actual action”, says Instagram’s head of business, James Quarles.

Many have heard through the grapevine that Twitter is considering launching a paid, premium service. Sound appealing?

After suffering a setback in the form of stagnated user numbers, it’s heads down for Twitter as they begin exploring new avenues to boost revenue. The idea for their paid service would be modelled on an enhanced version of Tweetdeck, their social media dashboard application that manages multiple accounts and timelines.

The exclusive service would offer “valuable viewing, posting, and signalling tools like alerts, trends and activity analysis, advanced analytics, and composing and posting tools all in one customisable dashboard”. Fancy with a Capital F. 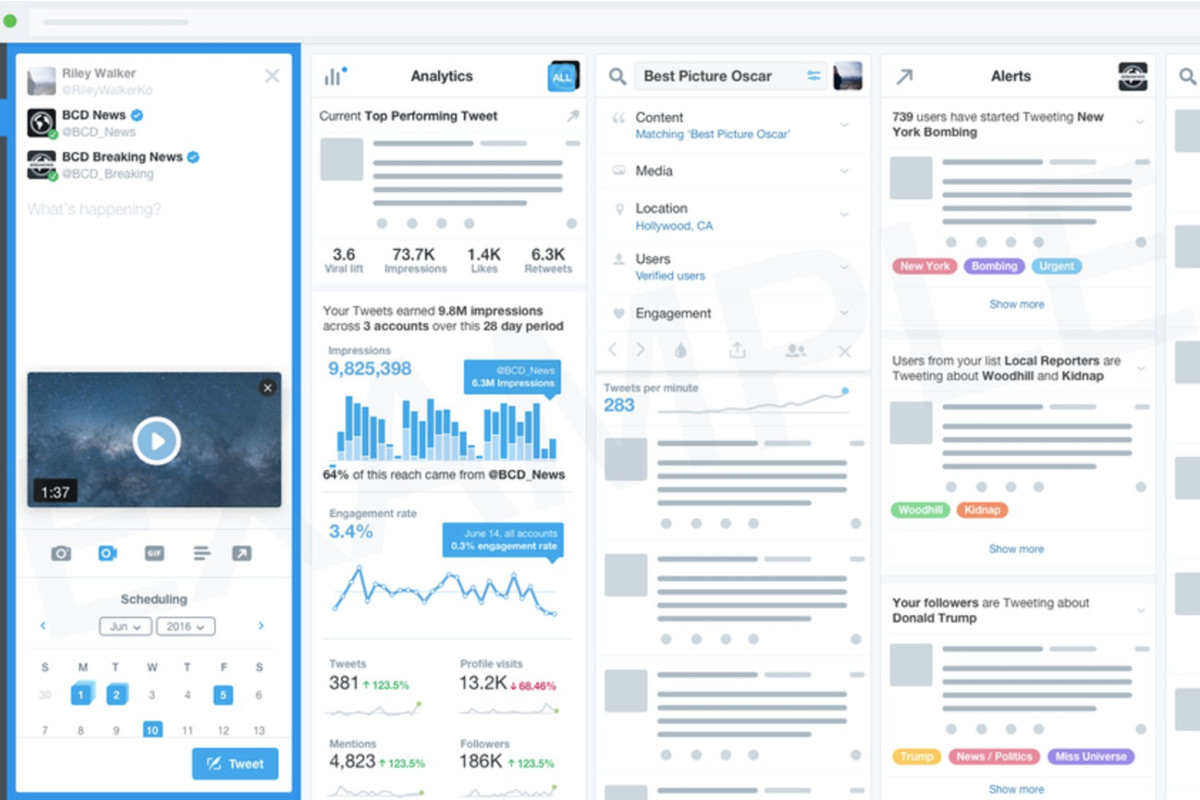 Aimed at businesses and power users, the dashboard would make it ten times easier to grow an audience and keep up with content in real-time. You’ll never have to suffer from FOMO again!

The social networking service has announced a pair of new features for its Messenger app – ‘Reactions’ and ‘Mentions’. With Reactions, users can respond to content on individual and group chats just like this:

Cute, huh? Mentions, on the other hand, is designed primarily for group conversations, and allows users to directly notify friends using the @ tag, as seen on the right: 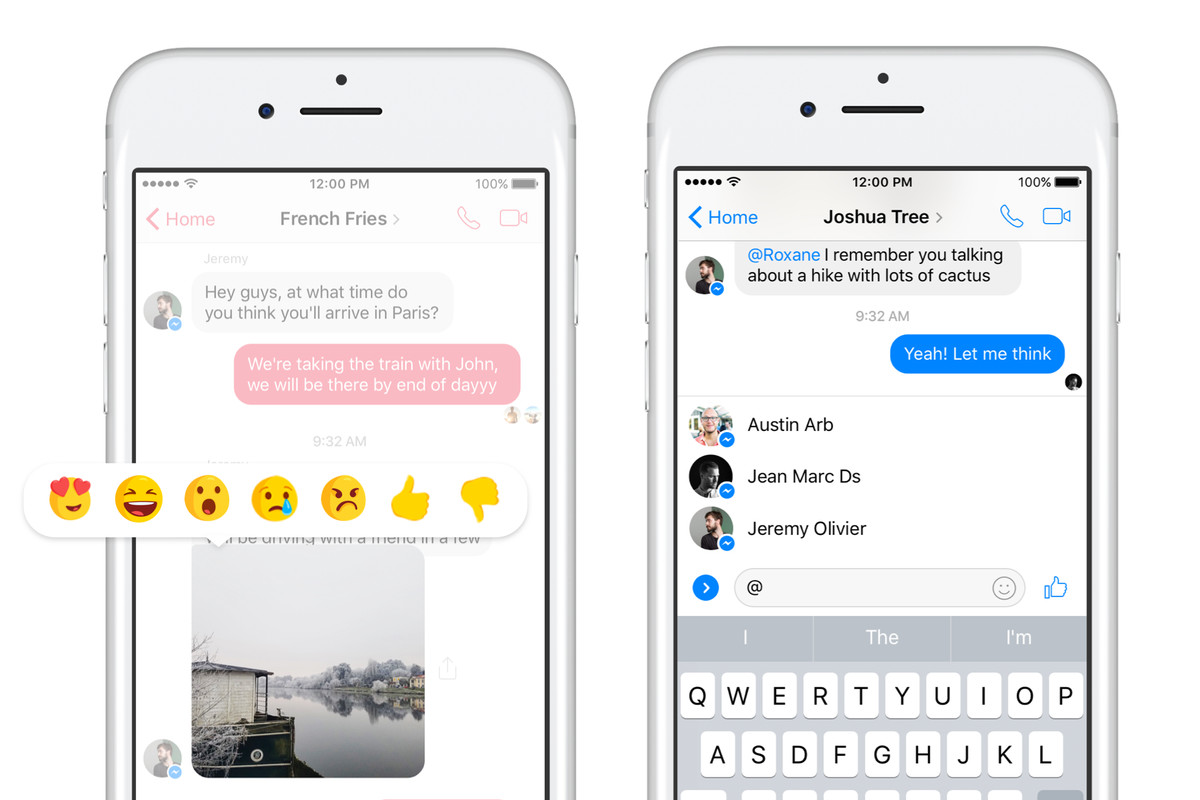 In a bid to make in-app conversations “better than ever”, Facebook’s dynamic duo will be available globally in the next couple of days.