The first week of 2017 may have been a slow struggle for some (not all), but it wasn’t complete without some funny moments from social media. This week’s wins and fails, we’ve picked out the very best bits to keep you going…

It’s off to work we go. So on Tuesday the majority of the population went back to work. No one was sure what day it was, why they were up so early or what they were supposed to be doing in the office.

The feels this week #backtowork pic.twitter.com/Qxv7gbkRXh

The struggle was real.

Love this… #BackToWork #Bingo anyone ? pic.twitter.com/XuvfwJvKM3

Bring on the weekend!

Keeping up with Kim, again

The queen of social took a three month hiatus from all social media platforms following the horrific Paris robbery back in October – but that still didn’t mean anyone forgot about her. We saw Kim Kardashian trending multiple times without any sign from the reality star herself, until now. On the 4th of January, she began sharing a series of personal pictures of her and her family across Facebook, Twitter and Instagram.

There was no real explanation to her sudden reappearance, but fans were happy to see her and it looked like she was happy to be back too…

Haha 😂😘 I missed you guys! https://t.co/RK4ITjFYvF 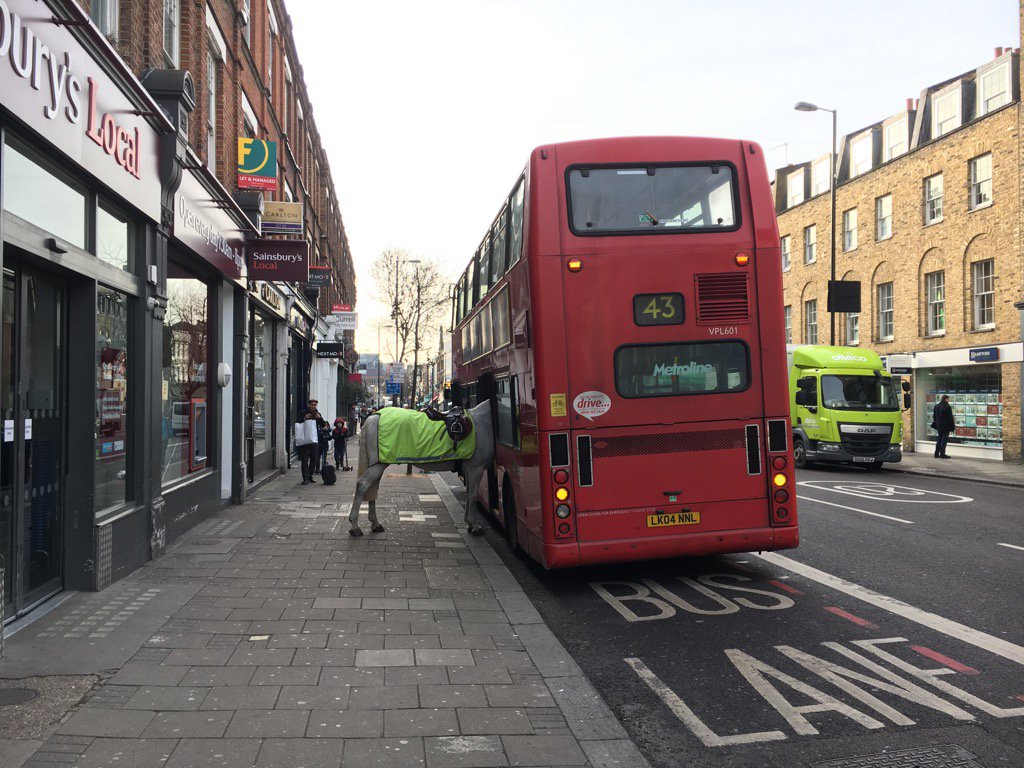 No, your eyes are not playing tricks on you. That is a horse leaning into a London bus.

On TfL reported that mounted police attended an emergency on Upper Street, Islington, which is when the accompanying horse tried to see if he could help.

#PoliceHorse Invictor showing he's a team player steps in to help PC Dan Smith with a person collapsed on a bus in @MPSIslington 🐎🐎👍 https://t.co/2QFkV8Yz3t

Once people knew the person on board being treated was alright, hilarity ensued.

Is this going to Haymarket?

Or to the Nag’s Head, perhaps?

Dippy is ducking out

Our beloved treasure, Dippy the Diplodocus dinosaur, will be leaving the Natural History Museum after a mammoth 112 years, to go on a final farewell tour before retiring.

Dippy the Dinosaur is set to be disassembled ahead of its national tour#dippyontour https://t.co/w7ZMY1ji7T pic.twitter.com/7yoo0babkl

People from far and wide took to Twitter to talk about the Jurassic star – some sad for his departure, others looking forward to seeing him closer to home in the near future.

Can't quite get my head around Diplodocus going on tour?! Safe travels #dippyontour

Whilst he will be sorely missed, his space will be filled once again as he is replaced by a real skeleton of an 83ft (25.2m) female blue whale, weighing 4.5 tonnes. Wowsers.

This week also featured National Trivia Day, where we found out a whole lot of fascinating facts.

Amazing The Alaskan tree frog. Freezes solid in winter, its heart stopping, then thaws in spring and merrily hops off #nationaltriviaday pic.twitter.com/7wD9gVCnHr

Yikes! But of course, it wouldn’t be a trend on Twitter without a few jokes too…

When washing your car there's an 89.7% chance that someone will walk past and say “You can do mine next if you like."#NationalTriviaDay

We see what you did there.