Social media was looking pretty magical this week – props to the cheeky builder who managed to get a selfie with Wills and Kate. Here’s what made the viral charts this week in 24 fingers’ #WINS and #FAILS…

As the summer holidays drew to an end this week and muggles went back to school, witches and wizards from around the country made their way to King Cross to board the Hogwarts Express on Platform 9¾.

Our letter must have gotten lost in the post, but we’re still feeling hopeful for next September…

Construction builder Sam Wayne managed to get a very regal selfie this week when the Duke and Duchess of Cambridge visited the housing development he was working on in Cornwall. He managed to capture Will and Kate laughing as they walked through the site. We doff 24 caps to you, Sam. 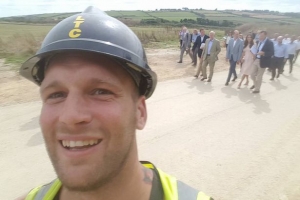 Following in their quest for world domination, Facebook attempted to launch their first satellite into space as part of a test. However, plans backfired when the SpaceX rocket – worth over $200 million – was destroyed when it exploded during take off. Oopsie. 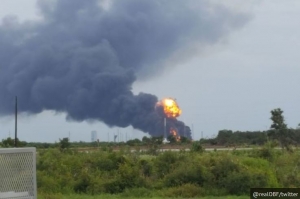 As the Premier League’s transfer deadline day loomed, it was all Twitter could talk about on 31st August. #DeadlineDay was the top trend all day and many companies tried to take advantage of this – but some where more tactful than others. Unfortunately not many people could understand TfL’s connection between deadline day and their Journey Planner (something about having to travel to another team? It wasn’t clear).

TfL are usually in the winner’s section but I’m afraid this week they missed the point (or was it the *goal*?).