September. What a month it’s been.

As we head into October’s line-up of pumpkin-spiced everything, culturally appropriative Halloween costumes and premature Christmas decoration, we take a look back at this past week’s social media #WINS and #FAILS that bring September to a sensational close.

Selena Gomez has only gone and made Instagram history.

Despite not being active on the app since August, the Disney Channel actress-turned-singer is the first celebrity to reach 100 million (!) followers. 100. Million. Let’s just take a moment to process that. 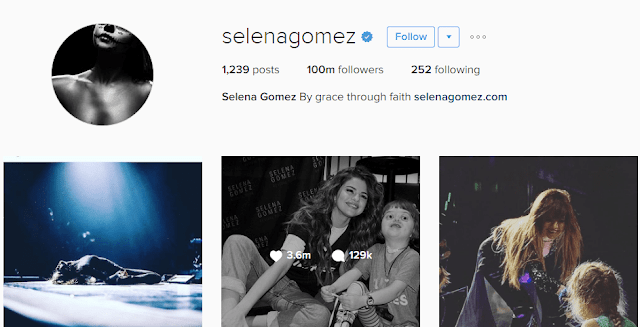 Despite not being able to tell you the title of a single song she’s released, our hats go off to her total social media domination.

As the eyes of the world turned to the 2016 U.S. presidential election this past Monday, the war of words didn’t end there. In the aftermath of the debate (or spectacle, arguably), Hillary took to twitter to throw even more shade at opponent Donald Trump, tweeting:

"I never said that." —Donald Trump, who said that. #debatenight https://t.co/6T8qV2HCbL

An extremely witty Clinton Campaign intern or Hillary herself, no one can deny that this was pure brilliance.

In amongst the sea of Twitter reactions following #debatenight, one in particular took the cake:

Hillary Clinton belongs in the White House. Donald Trump belongs on my show.

When #AwfullyBritishOffences began trending on Twitter, Britons came together to show their solidarity with, well, awfully British offences.

Insisting your haircut is lovely even though you hate it because you don't want to offend the hairdresser. #AwfullyBritishOffences

(Happened one too many times…)

Oh, to be British.

In a gallant effort to get more Londoners talking to one another on their daily commute, enthusiastic American Jonathan Dunne took to Old Street station during Thursday’s morning rush hour to hand out ‘Tube Chat?’ badges. They were not well received.

In response to Jonathan Dunne trying to undermine the fabric of this (very antisocial) society, Londoners of the Twittersphere articulated their absolute disbelief:

If someone comes near me with a #tube_chat badge. pic.twitter.com/TO0FBeyyQg

I spoke to someone on the tube once. I said "please stop talking to me". #tubechat

Anyone comes near me with one of these, I’m heading out the window
(via @JamesLiamCook) pic.twitter.com/0GkFrVYmG0

If there was one thing that came out of this truly unnerving campaign, it was this:

@TfL, we actually wouldn’t mind you spending taxpayer money for these to happen.

A #WINS and #FAILS blog would not be complete without a disastrous (and hilarious) fail. Cue Women’s Weekly and their automated tweet nightmare.

When their social media publishing tool malfunctioned, the Australian magazine’s string of bizarre, link-less tweets began to read like someone’s aunt on one too many white wine spritzers:

Nobody at the Women's Weekly has noticed that their automatic tweet program "Adobe® Social" has stopped including links to their stories pic.twitter.com/Bf6cLg2f3o

The magazine have since deleted all traces of their faux pas. Cone of shame, anyone?