If there was a week of dazzling highs and catastrophic lows (with all the speed and elegance of a sparrow hitting a window) in the world of social media, this week was just that.

From Apple’s iOS 10 update to Uber’s ‘pool’ party, we break down #WINS and #FAILS guaranteed to make you laugh, cringe, or even both at the same time.

The social media world is your oyster. Especially to Spanish clothing brand Desigual, whose #NYFW show saw models strut down the runway with Snapchat filter-inspired makeup…. 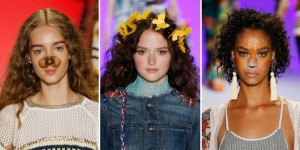 With everyone’s favourite dog filter making its way into one of the most coveted fashion events of the season, it’s safe to say the internet went wild.

Whether the show was a commentary on our selfie-obsessed lives (guilty…), one thing is certain: Snapchat filters are just as cute IRL.

It’s getting a bit hot under the collar. Literally. With temperatures soaring to 30C this past Tuesday, the capital baked in the sweltering summer sun of what turned out to be the hottest September day in 105 years. And boy did we feel it.

Nailing Tuesday’s #heatwave in a single tweet was the @Tate: 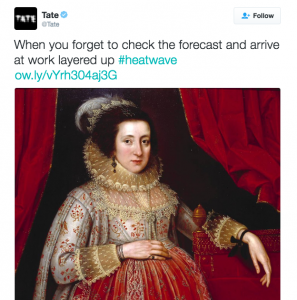 Every year, Apple claims its iOS update is the biggest and best yet. The latter being highly subjective.

iOS 10 made its debut on Wednesday, with one feature in particular having undergone a  transformation of sorts: 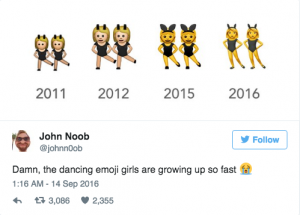 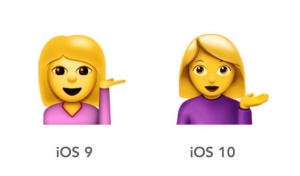 That’s right folks, the Emojis have only gone and grown up before our very eyes. 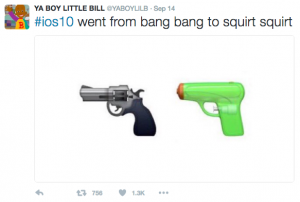 The harmless toy takes place of the deadly weapon on the new software update, catapulting the multinational technology company into the political sphere. Risky? Very. Influential? Only time will tell.

Turning London’s #heatwave into a ferocious marketing campaign quicker than your 99 Flake melted in the sun was none other than global powerhouse, Uber. 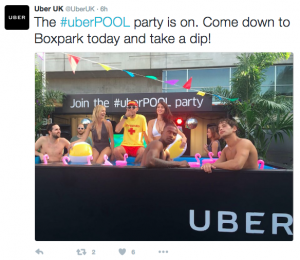 Errr, in all seriousness, are there any actual pool-dippers who don’t look like Baywatch babes getting paid to have a good time?

Uber, this was a bit of a bellyflop.

Television and radio presenter Caroline Flack has been desperately trying to defend herself against a swarm of internet trolls over a recent Instagram photo: 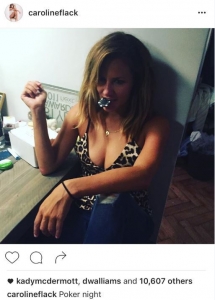 According to many smartphone-owners-turned-police-investigators, Flack’s photo appeared to show use of class A drugs with a bankcard, rolled up note and pot of vaseline sprawled on the table.

She soon hit back at the haters with this eloquent tweet: 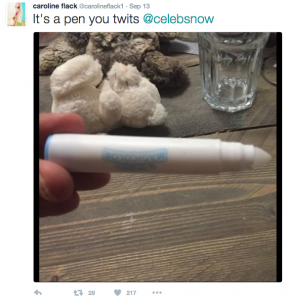 This is a cataclysmic example of how NOT to use social media. Texas-based mattress store Miracle Mattress caused an internet storm like you wouldn’t believe:

The anniversary of the deadliest attack on U.S. soil should never be used for commercial gain, but that (obviously) didn’t stop Miracle Mattress.

They have since shut their doors indefinitely, and won’t be expecting a miracle to happen any time soon. Or ever.