In the world of social this week, Twitter has been making some serious changes to its platform recently and Instagram has a nifty new trick up its sleeve… 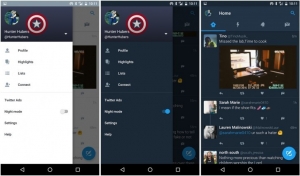 Avoid the uncomfortable glare of your phone screen at night with Twitter’s new ‘night mode’. The update comes after several jailbreak apps have allowed users to have a similar mode on their phone, where a darker background is enabled. 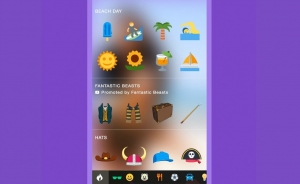 Following the recent introduction to Twitter’s stickers, the social network has now revealed its first set of promoted ones. Teaming up with movie maker Warner Bros, the stickers currently feature images from the upcoming JK Rowling film, Fantastic Beasts and Where to Find Them. Functioning in a similar way to hashtags, users will be able to tap on the stickers to discover anyone else also using them. Brands will also be able to do this, allowing them to easily engage with their target audiences. 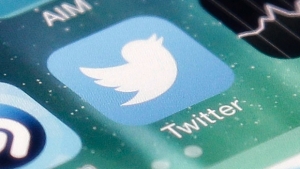 For the first time Twitter will now be sharing advertising revenue with video creators, in an attempt to boot video use as it competes with other platforms such as Snapchat and Instagram. Before now, revenues have only been shared with their large corporate partners, including NFL and CBS. Revenue sharing is currently only available to users in the US and it is yet to be revealed how much would be paid out – although ReCode suggested it could be as high as 70%.

FINALLY, Instagram has introduced a much sought-after feature. As of this week, iOS users will be able to pinch and zoom in on both photos and videos shared on the app. The highly anticipated update comes after many other improvements to Instagram that have come into play this year, and is due to be rolled out to Android within the next few weeks.