Wins and Fails: The Presidential Special

The US presidential election may have dominated our lives this week, but it wasn’t the only change we had to try and embrace. Emotions ran high as the impact of Brexit took its toll, and we weren’t sure how we were going to feel after watching John Lewis’ Christmas advert…

As if Brexit hadn’t been bad enough already, Toblerone made things worse for us Brits when they changed the size and shape of their chocolate bar.

The worst news of 2016: @toblerone has downsized its beloved chocolate bar. https://t.co/VR6H7bKcpQ

I don't want to overreact but…there truly is no God #Toblerone pic.twitter.com/n25W3oRDfo

A Toblerone spokeswoman attributed the change of size to the rising cost of ingredients. Whilst they said “this change wasn’t done as a result of Brexit”, they weren’t able to explain why only the UK was affected and not the rest of Europe.

Devastating. But at least we had our priorities in order, right?

Donald Trump’s shock win in the US presidential election caused more chaos on Twitter than when he had control over his own account. People were not OK.

HISTORY OF US PRESIDENTS:

If you're wondering what the opposite of Netflix and chill is its CNN and panic. #notkiddingthough #election2016

Some people tried to look on the bright side… (not really)

President Trump is not racist. He cares so much for white people in spite of being orange. #ElectionNight #Election2016 #USElection2016

Canada’s immigration website crashed as Americans tried desperately to see how they could flee the country. To which Canada responded by dropping the mic.

In Canada, immigrants are encouraged to bring their cultural traditions with them and share them with their fellow citizens. pic.twitter.com/MOuStZbSX7

Should we have expected this though? Twitter users pointed out that The Simpsons had already called it, years prior.

This isn't proof The Simpsons "predicted" anything, but it is proof the establishment/elite picked Trump a long time ago for this. #WakeUp 💯 pic.twitter.com/MRLc7cBVKv

What else do they know?

Fortunately, the week ended on a higher note as John Lewis introduced us to #BustertheBoxer in its highly anticipated Christmas advert – which has already been viewed more than seven million times. 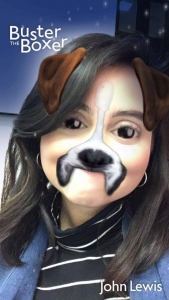 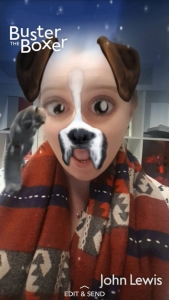 John Lewis, can you handle it?

This week we also saw our favourite Twitter user and the world’s most polite man resurface. John Lewis, whose Twitter handle is @johnlewis, continuously gets mistaken for the shop @johnlewisretail. But does he ever get frustrated with this? No. Instead, he attempts to reply with a certain kindness and humour that we all should adopt.

Thank you! The one from @johnlewisretail is good, too. https://t.co/UtrEIPHUn6

While I am both brilliant and festive, I have done it exactly zero times. @johnlewisretail https://t.co/sUjKVHQHHd

Thank you! As do you! @johnlewisretail https://t.co/7XBSoHjRfb