This week in social media

It’s getting hot in here

Whilst temperatures rose to unbearable levels this week, Greenpeace tweeted this cute little elephant doing what we all wanted to be doing…

Parts of the UK will hit 35 degrees today 😱 Stay cool out there!#hottestdayoftheyear pic.twitter.com/joVPTotiuQ

Artists from all over the world turned Twitter into a virtual museum for the day, sharing beautiful pieces of artwork in all forms throughout history, each celebrating  art and inclusivity.

A couple at Le Monocle, one of the first lesbian bars in Paris, 1932 #QueerMuseum pic.twitter.com/qxTFG3JaPZ

And a very special ‘like’ for our friend Martin Firrell with his 2008 projection at St Paul’s Cathedral, entitled “The Question Mark Inside”.

In celebration of today's #QueerMuseum tweets, joining in the fun with @martinfirrell's "The Question Mark Inside" pic.twitter.com/LlSCikotwZ

#Snapchat, do you take thee? 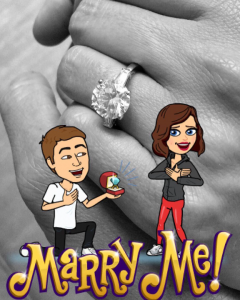 STILL in the news and causing far more havoc this week. Users have been caught out in forests and mountain ranges, car crashes and even shop roofs. Pokemon have issued warnings on the app to ‘Stay aware of your surroundings’ with Scotland’s Stirling Police (or should that be the sterling police of Scotland) issued a *face-palm* worthy tweet. Stay safe people. 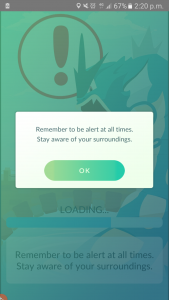 Just to be clear, 'I was looking for a Pokestop' is not an acceptable reason for being on the roof of a shop with a crowbar at 2am!

When Melania Trump delivered her RNC speech, people were quick to pick up that it sounded awfully a lot like Michelle Obama’s 2008 speech to the Democratic National Convention – and they were not wrong. It would seem that whole paragraphs were lifted from the FLOTUS’ speech without any recognition. 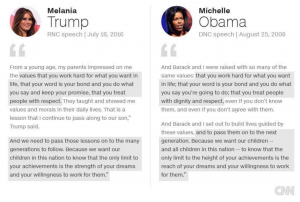 Accused of blatant plagiarism, Trump’s campaign team then tried every excuse in the book to deny the claims, before finally admitting defeat. She’s tried to move on since, but Twitter won’t let her just yet – with countless and hilarious #FamousMelianaTrumpQuotes tweets dominating news feeds throughout the week. Doh.