2016 has already been a big year for all social platforms, with huge changes and developments happening across the board. Here are just a few need-to-know updates to happen this week alone…

Have you noticed the photo maps feature disappear from Instagram profiles? Probably not. Which is precisely why the photo-sharing app has been gradually removing the feature, as confirmed this week.

Many people didn’t even realise photo maps was a part of Instagram, until privacy issues were raised a few months ago. Photos were being added onto maps even if users hadn’t tagged themselves to a location – leading to many people to disabling Instagram’s access to the location. The update has been welcomed, and Instagram can now focus on maintaining and improving other features, including the new Instagram Stories, which has been a huge success since its recent launch. 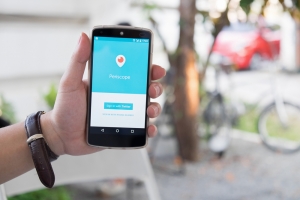 As Twitter becomes more focused on video sharing (as indeed, most platforms are) they have now announced that sponsored messages will now be added to their live streaming app, Periscope, as they team up with Amplify.

Now before you roll your eyes at more advertisements, the streaming experience itself won’t be changing much. Instead of pre-roll advertisements, it seems that brands will just be able to get involved in the sharing streams via promoted tweets.  This change comes as Twitter aim to increase the usage of Periscope by getting high profile influencers involved.

Facebook is showing us what our friends are talking about

Some Facebook users have noticed a new feature appearing at the top of their newsfeeds – ‘What friends are talking about’. The new addition shows a more condensed news feed with posts only from friends – allowing users more opportunity to interact with family and friends as opposed to scrolling through newsfeeds. 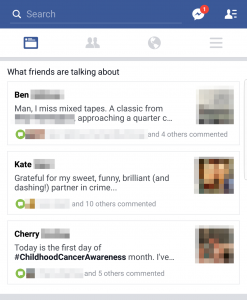 We’ll be looking out for this one over the coming weeks.

Well, there is still a 140 character limit – but tweeters can now rejoice in the fact that Twitter will no longer include photos (and eventually, links) in the character limit. Images currently take up 23 characters, and if you have a link too, it allows very little space for text in your tweet.

The update – first hinted by Twitter in May – is part of the wider developments the social platform has to become more flexible as it reacts to users’ needs.