Social media seemed to be all work and no play this week, with the launch of Facebook Workplace and LinkedIn adding a smart new feature. All this and more serious social business, in this week’s edition of Social Snippets.

We first shared the news back in July, but now Facebook Workplace is finally here. The networking platform was trialled under the name ‘Facebook for Work’ over the past two years, giving you the opportunity to read some of the many successful case studies before signing up yourselves.

What we didn’t know back in July was how much it would cost – but we now know that there is a three month free trial, after which a progressive pricing plan is offered. You only pay per active user per month, with no long-term contracts tying you in. 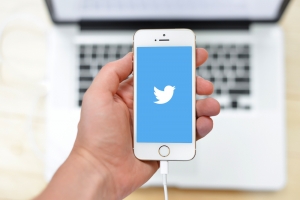 If you’ve been looking at Twitter on your mobile, then you may have seen some subtle updates recently. Users have reporting seeing a new ‘Explore’ tab, in place of where the ‘Moments’ tab appeared this time last year.

At the moment, Moments provides users with current news and interests that are going on. But the Explore tab looks as if it is also incorporating other Twitter functions like discovering new accounts to follow, or the live streams that have been a big deal on Twitter right now. Twitter confirmed in a statement: “As part of our continued efforts to make it easier to find what’s happening on Twitter, we’re testing a new tab for content discovery”. It seems they are making every effort to encourage users to use Twitter beyond the timeline.

Social media giants Facebook and Twitter have taken a significant stand against information sharing this week. Up until now, they had been allowing location-based analytics platform, Geofeedia, to access commercial data. But it was discovered the platform was sharing data with law enforcement, allowing them to track protestors. Twitter has now revoked access.

Based on information in the @ACLU’s report, we are immediately suspending @Geofeedia’s commercial access to Twitter data.

This month, LinkedIn introduced a great new feature for the jobseekers out there – and one for businesses to take note of. ‘Open Candidates’, as they are calling it, is a click-enabled setting that will allow users let recruiters know they’re on the look for a new job. They setting sends out a virtual and secret signal to recruiters to let them know you’re on the lookout for a new job.

So, how is it secret? LinkedIn states that they’ll “hide the Open Candidates signal from recruiters at your company or affiliated company recruiters”. Check more out here: