A round-up of all things social by 24 fingers’ Little Miss Sunshine, Yvette Murrell

Facebook at Work – coming to an office near you soon

Facebook are set to dominate yet another area of our lives as ‘Facebook at Work’ launches on a beta trial. Over 450 businesses are piloting the platform, including companies such as Royal Bank of Scotland and social media management site Hootsuite.

Whilst for years many businesses have deterred employees from using Facebook during office hours, this new platform could see it now becoming an integral part of working life. Their aim is pretty big – to replace clogged up email systems and create a more efficient means of workplace communications than the outdated and expensive intranet systems currently used. Although Facebook has not yet announced a price, it will undoubtedly be an attractive and affordable one.

Facebook at Work has been designed much like the original platform, with functionalities including your own profile settings, status updates, private instant messaging, ability to create events and group pages. It is this familiarity and easy use that is expected to help this platform take off in the professional setting. 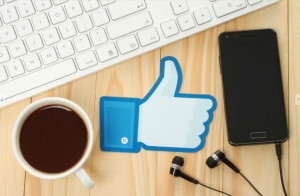 Before you get worried about your work colleagues seeing your personal profile, Facebook have promised users that the two areas have been designed to be kept separated – so rest assured knowing that Linda from Accounts won’t be seeing your boozy photos from Saturday night.

Businesses who have been trialling the site already have recognised a definite increase in communications between employees which relates to an increase in productivity. Users have been able to create groups for projects across different offices and teams within the company. New starter or leaving party notifications are contained to an event page, rather than endless updates lost over email, and staff members can be easily recognised and approached over the site with their individual profiles complete with photo and job title.

Users are also be able to communicate on the move, with an app much like the one Facebook has now. This allows for instant responses wherever they are and relevant notifications to come directly through to colleague’s phones. And much like Facebook’s separate messenger app, Facebook at Work has the Work Chat app to message instantly, and use voice and video calling.

Feedback so far has been positive, so it will be interesting to see how this platform develops and integrates into the workplace upon its official release.

Instagram have proudly announced that they have now reached 500 million monthly users (and counting). The social media platform has grown enormously over the past few years, with its monthly user base having doubled in just the past two years.

Furthermore, the site has over 300 million active daily users, and its user base has grown by 25% in less than a year, from September 2015. It is now one of the fastest-growing networks of all time, surpassing other leading social networking sites as Facebook and Twitter.

The site, which is focused around the simple sharing and liking of photos and videos, was bought out by Facebook in 2012 after originally launching in 2010 by creators Kevin Systrom and Mike Kreiger. It is rapidly becoming one of the most powerful networking tools, as it allows both novice and professional photographers alike to publish their work and interact with each other, particularly when combined with the use of popular hashtags. Celebrities have also taken to Instagram well, with the most- liked images being from Selena Gomez (4.6m likes), Kim Kardashian (2.4m likes) and Taylor Swift (2.8m likes). They are able to connect with fans in a far more authentic and direct manner, Well, their assistants can, anyway.

Instagram has evolved considerably in its short life and ever-growing user base – having created more filters, allowing users to direct message one other and most recently (and most drastically) changing the feed to a non-chronological order to be more tailored to the user’s interests. Videos have also become a more prominent feature, with the length limit increasing from 14 seconds to 60 seconds. Advertising has also been introduced to the platform, but in a much more subtle way; sponsored posts appear in user’s feeds based on the accounts they already follow. Sister apps Layout, Boomerang and Hyperlapse have also come out of the success of Instagram, and we can expect to see a lot more as the site continues to grow and grow.

Snapchat has finally introduced Bitmoji into the app, after purchasing the product back in March 2016 for $100 million (£76 million).

Bitmojis are personalised emojis evolved from the Bitstrip craze that was popular a while back on Facebook, where you can create your own avatar to place in different and amusing scenarios. The Bitmoji app allows you to expressive moods from a huge library to then send to friends. With this new pairing, users will now be able to send Bitmojis much like sending emojis over the Snapchat screen.

Connecting the two together is easy. Whether you have an existing Bitmoji account or want to make a new one, head to ‘Settings’ on Snapchat and simply agree to connect.

Snapchat launched in 2012 and was an instant hit, particularly with the yoof of today and has grown rapidly ever since. It is well known for its quick and simple interface and amusingly fun filters. Users are able to interact with each other in just a ‘snap’, and now moments can be shared with those capturing the same events. Much like most social media platforms, you can gain followers and also follow brands and celebrities.

With this new added feature, users will now be able to express themselves in yet another fun and creative way. Event Snapchat founder Evan Spiegel has already shown off how it works, when fiancée Miranda Kerr announced their engagement online this week: 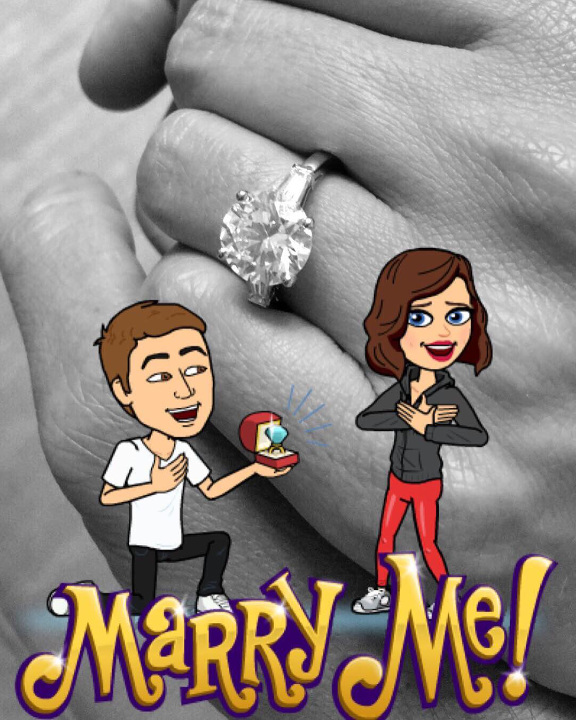 Ever wanted to be one of the elite with a blue tick next to your name on Twitter? So now you can.

After launching in 2006, Twitter introduced a blue verification badge in 2009 to help users identify authentic accounts of high-profile users, including notable people and companies of public interest in politics, music, movies, business, fashion, government, sports, media, and journalism. Only a small selection of users have the elusive blue tick to their name – out of Twitter’s 320 million monthly users, only 0.05% are currently verified with the blue tick badge.

Twitter has opened an application process for everyone who wishes to have a verified account. To be in with a chance of getting a blue tick next to your name, you will need to meet all of the criteria outlined. Here’s what you’ll need:

Accounts must reflect the real name of the person or company, and the profile photo and header will need to match too. You’ll be asked by Twitter why the account should be verified, by letting them know what the person represents or what the company’s mission is. You may also be asked to provide supporting documents, including an official form of ID to confirm your identity.

Enough of the formalities already. Click here to begin the process and 24 fingers will have you blue-ticked in no time.