World-wide facial recognition and swanky search bars are having a moment. From Facebook’s spying eyes to Pinterest’s ‘camera’ tool, the latest in tech is nothing short of exciting.

Better read on find out, hey?

Putting a Face to a Name

Social media giant Facebook is taking yet another gargantuan sprint forward in the tech race – new super powers (AKA algorithms) that would help put names on faces, even if they are completely obscured.

This super savvy feature will include facial recognition, identifying people based on their clothing and even their posture. In a statement issued by the company, the feature has the ability to “recognise the entire population of Earth”. Impressive. Also a bit creepy.

In addition, Facebook is rumoured to be rolling out advanced technology that will use pictures to sell people products based on the info provided. For example, if a user posts a photo of them hiking the Andes mountains, the tech can recognise this and strategically place adverts for waterproof boots on their Facebook page.

It seems there’s no stopping the Zuck… 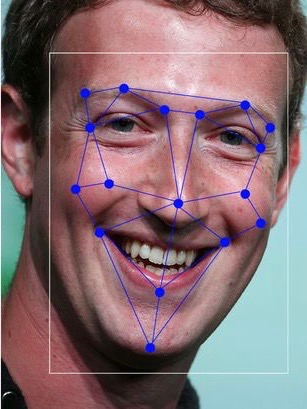 Web and mobile app Pinterest have only gone and stepped up their game, once again. With plans to make it easier for users to search and discover favourite pins, the site has now added the ‘Lens’ feature to its landing page – a search and visual discovery tool.

If you spot something out in the world that immediately catches your eye (a swaggy pair of shoes, even cinnamon sticks if they strike your fancy), you can tap open the Lens camera on Pinterest, snap a photo and find related #inspo in an instant.

This comes after research conducted by the social network suggested “monthly mobile text searches are up by 40 percent year-over-year, with that figure climbing to 60 percent for visual searches”, prompting the move to shift the Lens feature as the site’s main focal point.

Time to get snap-happy!

Google+ Goes Under the Knife

Google+ is not about to left behind in the quest for world-wide social media domination. Keeping up with their competitors, the site underwent a couple of cosmetic changes, introducing a swanky update to their search bar.

Things like ‘Popular Topics’ are now displayed, as well as a list of your most recent searches. On top of that, users can now filter searches by Posts, Communities, Collections and People & Pages, all thanks to a brand new tabbed interface.

All these features are currently being rolled out to Google+ users far and wide.

Searching the WWW doesn’t get much slicker.