Another weird and wonderful term to make it onto the ever-expanding social media glossary, ‘shadow banning’ has been causing some controversy on photo-sharing app Instagram. So just what exactly is it, anyway? Bear with us.

The general concept of shadow banning is this: everything you do and see within Instagram looks COMPLETELY normal and functioning. You go to upload that Instagram photo of the caramelised banana #frenchtoast you ate at a pop-up brunch place in #Shoreditch that you spent 90 minutes queuing in the cold for. It uploads fine – bring on everyone’s food envy. You click on the hashtag(s) that you used in your post to check out who else has been taking photos of their #frenchtoast, and you can clearly see your image as you would expect, in all its caramelised glory. Here’s when things get shady….

If you are, in the best sense of the word, shadow banned, an Instagram user who decides to scroll through the same hashtag feed, and who does not already follow you, WON’T see your image at all. It’s not there. It doesn’t exist. Your activity is hidden from view, without warning, without cause.

So what does this mean? Simply, users won’t be able to discover your incredible content through hashtags. With a handful of people claiming to have been personally affected by this bizarre phenomenon, perhaps the most bizarre thing about it is that no one can explain why it’s happening…. not even the software engineers at Instagram.

Some people are adamant it’s not a real thing, whilst others believe it’s an error with hashtags and algorithm changes. Either way, all this fearmongering has already sparked a blaze of shadow ban identifier apps – log on and you can see if any of your images on Instagram have been blocked.

Instagram, in the meantime, have released a very lengthy, very vague statement: 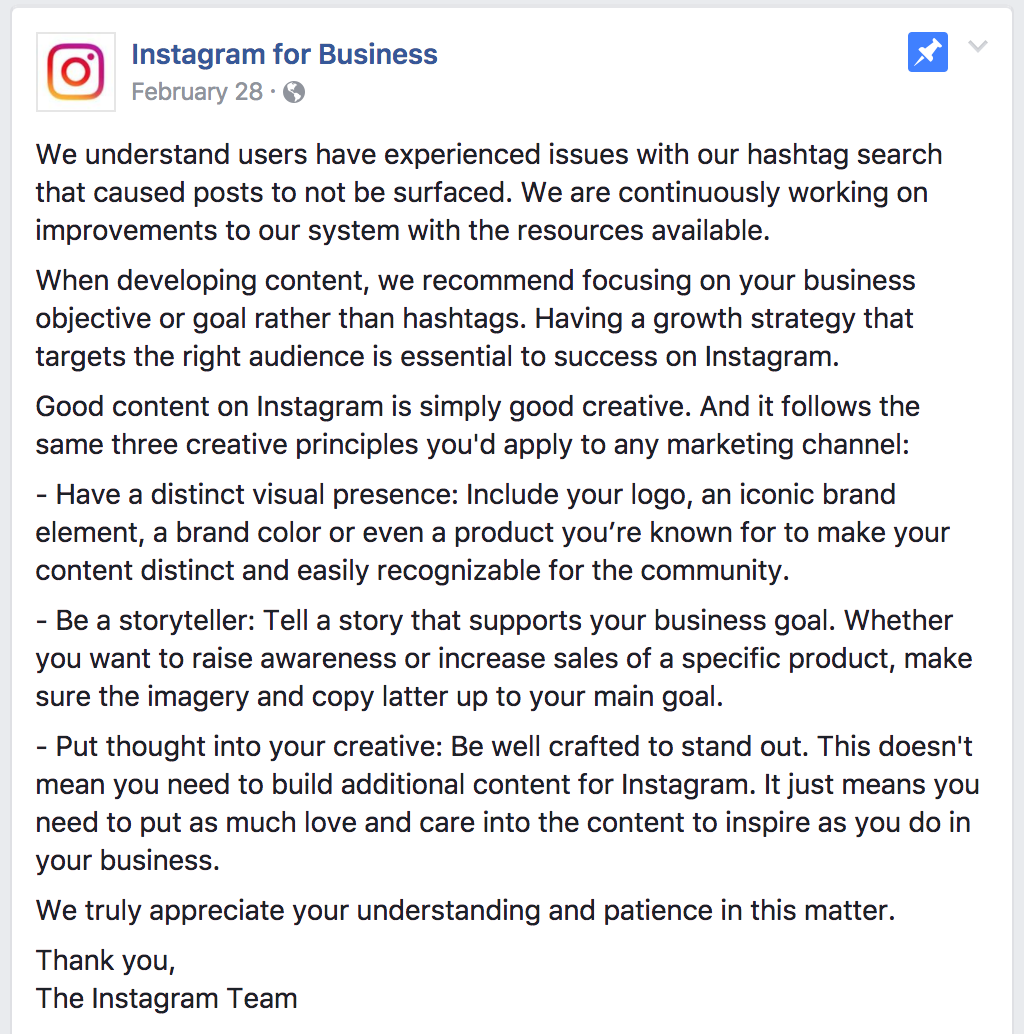 Whilst there isn’t a way to resolve the problem (just yet), one thing to take away from this is: good content is key.

Yes, there’s no telling hashtags can get your posts in front of new, larger and more engaged audiences, but it all boils down to basics. How does your content look at a glance? Is your personality or brand ethos shining through? Do your photos tell a story?

Curating a follow-worthy Instagram is no easy feat, but anyone can do it. And, if you’re wondering just how exactly to step up your Instagram game, take better photos and curate an enviable feed, our Seven Habits of Highly Effective Instagrammers is just the thing to read. Promise.