Social media. Just when you think it can’t possibly outdo itself, it does.

From Obama and Joe Biden memes to Coca-Cola’s “selfie bottle”, it’s a wonderful time to be alive.

Bromance of the Century

Happy 55th, Barack! A brother to me, a best friend forever. pic.twitter.com/uNsxouTKOO

So, upon news of Vice President-elect Mike Pence and President-elect Donald Trump taking over the White House as of January 2017 (marking the end of beautiful era) many channelled their woes through the therapeutic exercise of meme making:

As people fantasized a #PettyBiden playing pranks and making life uncomfortable for Trump and Pence, there seemed to be a silver lining :

I think we can all agree that #BidenMemes are truly what's making America great again.

Knickers in a Twist

Amongst Twitter’s sea of sombre socio-political commentary, you can always count on a weird trending hashtag for comic relief. Cue #CelebsInUnderwear:

Good ring to it.

Leotard DiCaprio, a man of many talents.

Never Judge a Book by its Cover

Nope, it doesn’t stop there. To add to the never ending list of weird trending hashtags, #MakeABookLessAttractive:

Dubbed a ‘psychological thriller’ by The Guardian….

The Lion, The Witch & The Wardrobe I had to take back to Ikea because of the faulty door handle #MakeABookLessAttractive

At least their meatballs are good?

She also owns her own smartphone, complete with Touch ID:

What have you achieved today?

Down with the Kids

Glugging down soda has never t̶a̶s̶t̶e̶d̶  looked so good.

With their eye on the social media prize, Cola-Cola has unveiled a custom-built ‘selfie bottle’ (yes, ‘selfie bottle’), which will snap a pic of you mid-drink.

How? Fitted with an in-built camera at its base, the bottle comes with a sensor to detect a 70-degree drinking tilt. 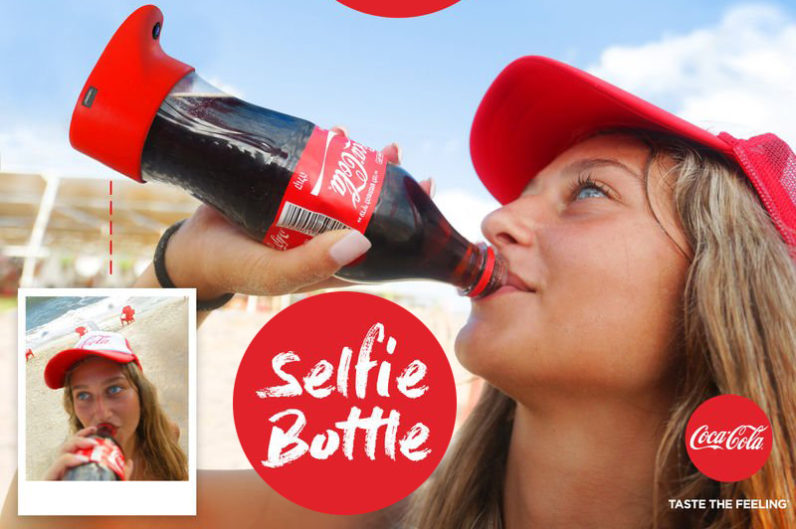 Great for a sunny beach, probably less great on the tube.

The Best Tweets on Planet Earth

In case you’ve been living under a rock in the Andes Mountains, the BBC’s Planet Earth II made its spectacular debut just two weeks ago.

As well as its spellbinding cinematography, the show has now expanded its repertoire to include an impeccable social media presence.

Using pop culture references alongside GIFs made from the show’s wildlife shots, a series of hilarious tweets have ensued:

When there’s free cake on the other side of the office… #PlanetEarth2 pic.twitter.com/KKBm4nSbst

Had a bad day this week? Don’t worry, it wasn’t as bad as Roslyn’s.

And, just as things couldn’t possibly get worse, they did. Staff caught in the chain mail started conversations using the ‘reply to all’, crashing the NHS servers.

As with any mildly offensive incident comes passive-aggressive tweets:

At least we've now worked out how to get the NHS trending on twitter! #nhsmail

All anyone can do now is:

On last week’s #WINS and #FAILS we spoke of the world’s most polite, most tolerant man, John Lewis of Blacksburg, Virginia.

Received a huge package from @johnlewisretail including this amazing embroidered cushion. So cool! Thank you very much! pic.twitter.com/cIMAvPol5D

Though, to be honest, he probably deserves more than an embroidered cushion.