As #LFW is about to take over our lives, we take a look at how social media has changed the look of the fashion industry.

The rise of social media with the likes of models and designers has put high-fashion right in the palm of everyone’s hands. Instagram stories have been flooded with clips from bloggers, designers, photographers and models at NYFW, with no signs of changing pace as Fashion Week comes to London. And it’s not just the shows – it’s the behind the scenes, real-time access too. 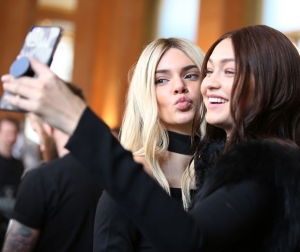 The new generation of models like Kendall Jenner and Gigi Hadid have given their followers (Kendall has 65.6m followers and Gigi has 22.8m on Instagram alone) virtual backstage passes to the hottest fashion shows and photoshoots, in a way that we would have never seen a few years ago. Their selfies and Snapchats have given us a greater glimpse into the lives of supermodels, and have personally introduced us to many new designers, photographers, makeup artists who may have otherwise remained unknown outside the tight-knit fashion house world.

Live streaming has also made a huge impact on the fashion world. Burberry has led the way, and was one of the first major fashion houses to live-stream its catwalk shows online. Last year they also debuted their SS16 collection on Snapchat, before the official catwalk show. 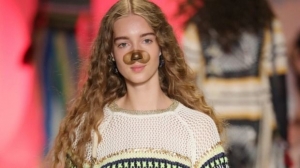 And it works both ways. Recently, Desigual used Snapchat-inspired make-up on the catwalk. Others, including Topshop, have encouraged their followers to post user-generated content by uploading their own selfies wearing the designer’s clothing accompanied by specific hashtags. Allowing users to communicate with brands directly, and vice versa, means the brands can connect better with their target audience.

Other popular platforms, such as Pinterest, allow users to easily create their own fashion boards – which fashion designers can take advantage of with simple click-through steps to buy the items. Higher levels of engagement + growth in online sales = happy brands and happy consumers. 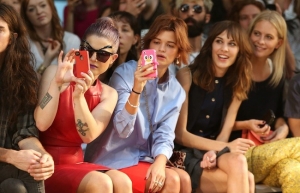 Social media is a power tool that is tailoring the future of the fashion industry, and one whose star is very much in the ascendance.